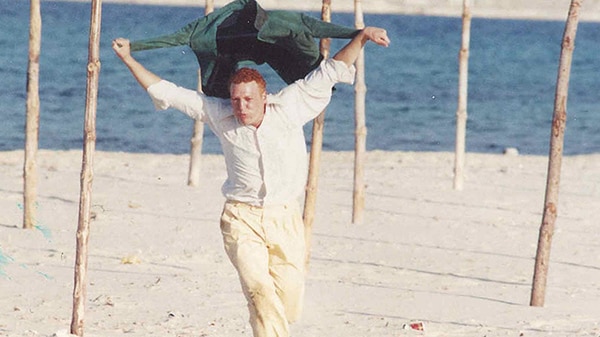 Director Jilani Saadi's debut feature is set in his northern Tunisia hometown, the arid harbor city of Bizerte. With his vibrant red-blond hair, strangely pale complexion, green jacket and quirky personal habits, Khorma is the town's kindly jokester—he's a big, well-meaning lug. His guardian Bou Khaleb—the city's official announcer of births, deaths and marriages—takes Khorma under his wing and teaches him the secrets of the job. But when the old man mixes up a woman's death with her daughter's marriage, Khorma is chosen as his replacement and becomes embroiled in a power struggle amongst the local clerics. A charming satire about the often-hilarious business of religion, KHORMA is presented in Arabic with English subtitles. This film is an official selection of the prestigious, award-winning Global Lens Collection, presented by the Global Film Initiative.