My Breakfast with Blassie 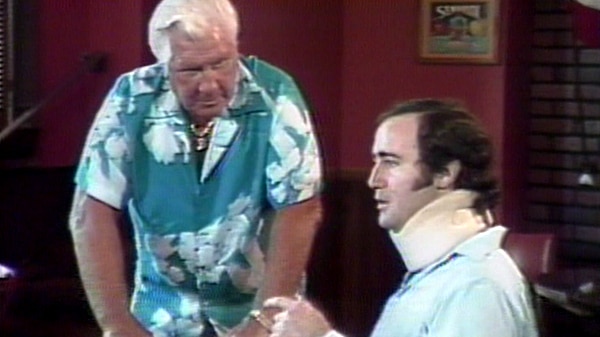 It's comedy meets wrestling with a side order of bacon! In this surreal 1983 parody of Louis Malle's conversational arthouse classic My Dinner with Andre (starring Andre Gregory and Wallace Shawn), famously eccentric comedian and television star Andy Kaufman hops a Hollywood bus to meet bleached-blonde professional wrestler "Classy" Freddie Blassie for an early-morning breakfast at a Sambo's restaurant in downtown Los Angeles. A wonderfully weird 1980s cult classic, MY BREAKFAST WITH BLASSIE sees Kaufman (who had recently crowned himself the "Inter-Gender Wrestling Champion of the World") and Blassie having intense discussions over the minutiae of their lives—including wrestling, stardom, ego, hygiene and whether to eat pancakes or waffles (and bacon or sausage).