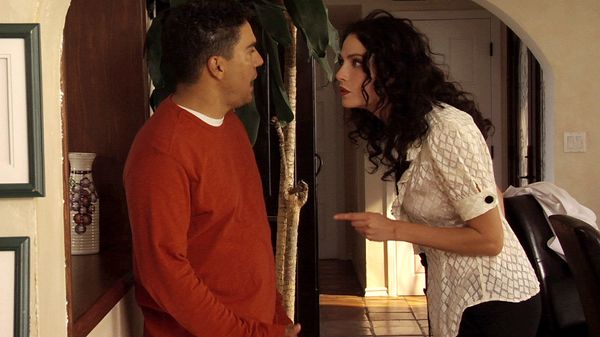 When TV writer-producer Phil Winters returns from vacation, it seems as if no one is aware that he's ever existed. His luggage is lost, he has no mail or voice messages. Things get even worse when he drives to the studio and finds his job non-existent, his assistant gone and his office occupied by someone else. No one seems to remember him, not even his psychiatrist, Dr. Seymour.Desperate for human contact, Phil goes to a trendy bar and is ignored by everyone, except a young, mysteriously enticing woman named Debbie. Debbie claims to be his daughter from a long-lost college flame. Phil knows it's ludicrous but Debbie is the only person on earth who acknowledges his existence, so he welcomes her into his life.

As the story unfolds, Debbie leads Phil into a darkly comic voyage of self-discovery. Who is she? What does she want with him? And will somebody - anybody - remember Phil