The Bits In Between 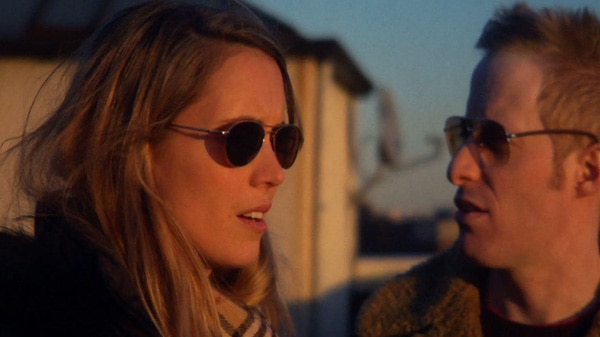 This feature follows a group of New York City performers as they struggle to find professional and personal happiness. Griffin has decided to pursue his dream of becoming a stand-up comic by impulsively quitting his stable, but uninspiring corporate job. Unfortunately for Griffin, his decision leads his girlfriend to quit their relationship. He now has to rely on his humor to navigate this recent breakup, his parents? ongoing divorce and the slow path to becoming a professional comedian Gina and Alex have recently moved in together, but are still learning how to be in a relationship.

Gina is a talented theatre actress and musician on the verge of her big break while Alex is stumbling through skits in an improv comedy troupe, never really being able to nail an audition.  The couple?s commitment is threatened when Gina books a role which could take her on the road.

Jane is in turmoil over whether to break-up with her boyfriend, so she is avoiding the situation by a taking a long-term cat-sitting job for a friend.  She lives in limbo, watching TV, practicing lines for an audition and wandering the streets of New York trying to evade both her boyfriend and the inevitable next step in her life.

Through a series of intimate vignettes, THE BITS IN BETWEEN spotlights the awkward, funny and touching moments inside the daily lives of four New Yorkers trying to put together a life on-stage and off.