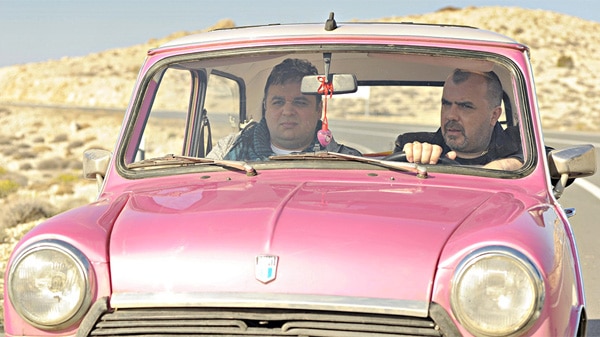 A group of gay activists in Belgrade strike a tense alliance with Limun, a homophobic Serbian crime boss whose fiancée demands an extravagant wedding that only struggling theater director Mirko and his friends can produce. In exchange, macho Limun reluctantly agrees to provide security for the group’s Pride parade. It’s a tall order: previous attempts to march met with mass violence from right-wing skinheads. When Limun’s gang balks at the assignment, he recruits a band of former Balkan war combatants—now dear friends—who will stand up to the aggressors Seven Samurai style. The Panorama Audience Award winner at the 2012 Berlin International Film Festival, THE PARADE (PARADA) is a rollickingly shrewd and humane comedic take on a vital human rights issue. Presented in Serbo-Croatian with English subtitles, THE PARADE is an official selection of the prestigious, award-winning Global Lens Collection, presented by the Global Film Initiative.

g********m
THis is one of the most important films i've ever seen! My love to all of you from USA. Peace