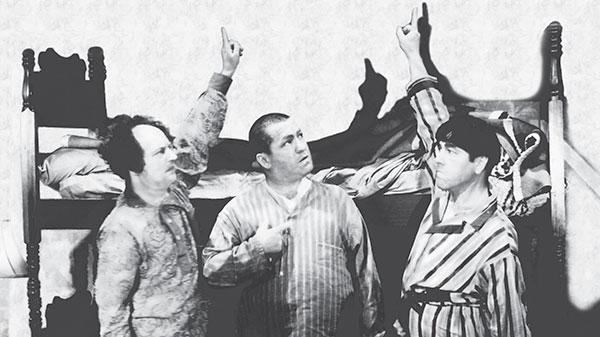 Larry, Moe, Curly and Shemp star in four classic Three Stooges comedies, including "Disorder in the Court", in which the Stooges are witnesses at a trial where their friend—a dancer at a nightclub where they are musicians—is accused of murder. The Stooges manage to disrupt the proceedings, but end up saving the day when they discover the real murderer's identity. The other shorts (spanning from 1936-1949) include "Brideless Groom", "Sing a Song of Six Pants", and "Malice in the Palace"

f********m
Great movie! I finally ?atched it online in HQ. I figured some of you guys would want to watch it too! ;) Here is the site where I ?atched it: FULLMOVIE24K.COM Thumbs up if it worked for you New Movies => FULLMOVIE24K.COM